In any elite sporting team, success comes from the strong relationships that are forged through two factors:

It’s the same in business. Even the most visionary CEO armed with dynamic business strategies is only as strong as his or her team. An aligned senior leadership team is everything and drives success by:

In terms of growth planning, unless the leadership team collectively agrees on the target, how can you be certain of hitting the bulls-eye?

Only by getting the leadership team unified around growth goals and identifying the best strategies to follow can you hope to achieve them.

In very simple terms, a leadership team is aligned when all members of the team work in sync to accomplish a common purpose. While that sounds easy enough, all too often, alignment is elusive.

In fact, some time ago Fortune magazine published a classic article called “Why CEO’s Fail”. In it, they estimated that:

about 70% of CEO failures are caused not by flawed strategic thinking, but by failure to execute”

Even today not much has changed. According to MIT researcher Donald Sull, failure to align is the single greatest challenge that global CEOs face for executing their company’s strategies.

In sporting terms, think about how Brazil, the world’s greatest football nation was humbled and humiliated on their own soil in the 2014 FIFA World Cup as their German opponents delivered a crushing 7-1 defeat.

While Brazil fielded a team of superstars, for them, it seemed to be a platform to show off individual talents rather than a team all aiming for the same prize. 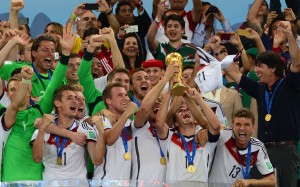 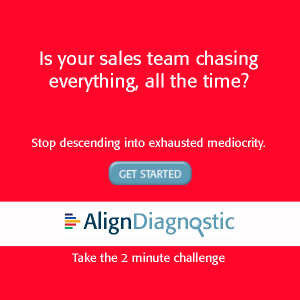 So when it comes to corporate leadership, building a strong and effective team begins by aligning the team around the goals the organisation needs to achieve and creating your value proposition. When companies are truly aligned, all employees can perform at the highest level.

But it’s not a set and forget exercise. It’s a dynamic, ongoing process, and one that requires continual monitoring and realigning as needs change.

How confident are you that your team is aligned with your vision for 2016?

Find out now with our AlignDiagnostic tool . It takes just minutes to complete, but can give you lasting guidance in the year ahead.

About the Author: Shehan Wijetilaka

Shehan is an expert in marketing strategy and sales execution. His insights are backed up with over 25 years of demand creation experience in senior sales executive roles, including running a $100 million business line. He also has deep insights in developing new digital business models and is passionate about social media. Shehan has published many research papers and articles. He also speaks regularly at industry forums and conferences on topics such as Business Strategy, Value Creation, Centres of Influence, Demand Creation Strategies and Digital Disruption. Shehan has a B.Sc Honours Degree in Electronics Engineering and Physics from Loughborough University, United Kingdom. He has worked for IBM Corp, Telstra and Huthwaite.